California Supreme Court Ruling Could Be Trouble for Private Lenders

Last summer, the California Supreme Court ruled on a case that reverberated throughout the lending industry and published a decision about what interest rates can be considered “unconscionable” under California’s Unfair Competition Law (“UCL”). Though the case has its roots in consumer finance, it is likely that this precedent will also be used to litigate business purpose loans, commercial financing, and even some private money loans.

In re DeLaTorre v. CashCall, Inc., the California Supreme Court acknowledged that courts “have a responsibility to guard against consumer loan provisions with unduly oppressive terms.”  As such, the Supreme Court determined that interest rates on consumer loans could be considered unconscionable depending on a variety of factors, including the bargaining power of the borrower, despite California Financing Laws that allow lenders to charge whatever rates they believe are reasonable based on market conditions and risk.

In the class action lawsuit, a group of borrowers accused CashCall of gouging customers between 2004 and 2011 with borrowing rates between 96% and 135% that were unconscionable under California’s UCL.  The lower court ruled in favor of CashCall on the basis that courts should not “regulate economic policy.”  This decision was based upon a finding by the court that only one California court has ever determined a challenged interest rate to be unconscionable — specifically, a $4,000 loan with a 200% interest rate.

On appeal, CashCall asserted that since California Financial Code § 22303 does not cap interest rates for loans over $2,500.00, the Legislature did not intend to place limits on those types of loans.  The Supreme Court disagreed and determined that the California Financial Code is not applicable in this scenario because it only applies to loans under $2,500.00, and that there is no legislative authority which prevents the Court from finding a loan to be unconscionable if it has an excessively high interest rate.

Essentially, the Court determined that interest rates represent the “price” of a loan, and like any other price, an interest rate can be considered unconscionable if it has “unreasonably and unexpectedly harsh terms” that “shock the conscious.”  Furthermore, if the loan is found to be unconscionable, it may also be deemed to be “unfair business conduct” under the scope of the UCL.

Going forward, this decision is sure to empower other borrowers who wish to fight off the enforcement of a promissory note. So, how do you ensure you are not in violation of the unconscionability standards? Minimize your risk for unconscionability.  It is much less likely that you will face litigation if you can proactively provide your borrowers with clear and concise language about unusually strict terms or higher rates.  For example, call attention to specific language in your loan agreement and have your borrower initial those sections, acknowledging his or her understanding of the provisions.

California precedent dictates that the party preparing a contract has the burden of proof to show that the borrower knew any unusual or harsh terms within the agreement. Items such as interest rates, default interest, minimum payment requirements, balloon payments, pre-payment penalties, or note enforcement language must be made conspicuous to the borrower, thus taking away the element of surprise.

Questions about this article? Reach out to our team below.
Contact Us
PrevPREVIOUS ARTICLENew California Assembly Bill Adds Challenges for California Lenders
NEXT ARTICLEWhat You Need To Know About Mortgage FundsNext
RELATED

What Are Yield Spread Premiums? Yield spread premiums are points paid by lenders for loans carrying interest rates above the par rate. The par interest END_OF_DOCUMENT_TOKEN_TO_BE_REPLACED 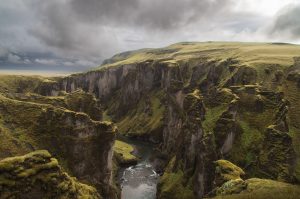 What is RESPA? The Real Estate Settlement Procedures Act (“RESPA”) is one of the more notable federal regulations surrounding mortgage lending. Otherwise known as Regulation END_OF_DOCUMENT_TOKEN_TO_BE_REPLACED 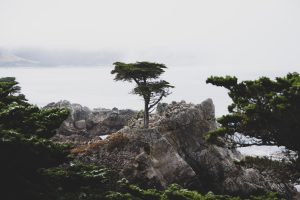 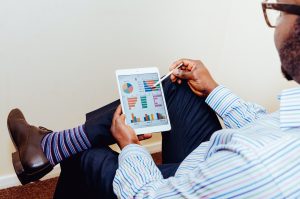 Real estate professionals have always needed to raise capital from friends and family, investors, family offices, pensions, and institutional LPs. Unfortunately, there are a lot END_OF_DOCUMENT_TOKEN_TO_BE_REPLACED