On July 24th, the U.S. Citizenship and Immigration Services (USCIS) published a final rule that marks the first significant changes to the EB-5 Immigrant Investor Program since 1993.

Changes to the program include:

Under the EB-5 investor program, foreign individuals are eligible to apply for conditional legal permanent residency in the United States if they meet specific requirements related to investment into American businesses and commercial projects, such as creating or maintaining jobs for U.S. workers.

The significant changes coming into effect on November 21st include:

This rule changes previous regulations to clarify that certain derivative family members who are lawful permanent residents must independently file to remove conditions on their permanent residence. The requirement does not apply to those members who were included in a principal investor’s petition to remove conditions. This rule should improve the adjudication process for removing conditions by offering changes that provide flexibility in interview locations and adopting the current USCIS process for issuing Green Cards.

The next rule addresses gerrymandering of high unemployment areas. The gerrymandering of EB-5 investment zones was typically accomplished by combining a series of census tracts to link a prosperous project location to a distressed community, in order to obtain the qualifying average unemployment rate. As of the effective date of the rule, the DHS will eliminate the ability of a state to designate specific geographic and political subdivisions as high-unemployment areas. The rule authorizes the DHS to make such designations directly based on revised requirements in the regulation, which limits the composition of census tract-based TEAs. The USCIS believes that these revisions will ensure TEA designations are done fairly, consistently, and will more closely adhere to the program’s intent to direct investment capital into the most distressed areas of the nation.

The final rule provides greater flexibility to foreign investors who have a previous EB-5 immigrant petition. With a few exceptions, when they file a new petition, they will be able to retain their original priority date from the previously approved petition.

Previous rule proposals raised the minimum investment from $500,000 to $1.35 million, which stoked fears within the EB-5 community that the higher investment amounts would scare away prospective foreign investors. The new rule seems to be aligned with the Canadian immigrant investor program, which recently raised their minimum requirement from 800,000 to 1.2 million Canadian dollars, which is roughly equal to $900,000.

In a statement, acting USCIS Acting Director Ken Cuccinelli said, “Since its inception, the EB-5 program has drifted away from Congress’s intent. Our reforms increase the investment level to account for inflation over the past three decades and substantially restrict the possibility of gerrymandering to ensure that the reduced investment amount is reserved for high-unemployment areas most in need. This final rule strengthens the EB-5 program by returning it to its Congressional intent.”

Questions about this article? Reach out to our team below.
Contact Us
PrevPREVIOUS ARTICLESenator Sanders Introduces Bill That Caps Consumer Interest Rates at 15%
NEXT ARTICLECFPB Proposes Changes to HMDA Reporting Requirements That Will Benefit LendersNext
RELATED 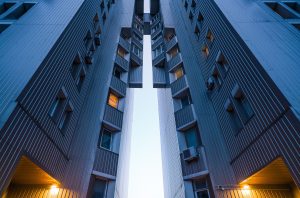