Force Majeure in the Context of COVID-19

Broadly speaking, contractual force majeure clauses excuse the parties from their respective performance obligations in the event of unanticipated circumstances that render their intended performance impossible or impractical.

These provisions certainly are not a novel concept, having been a commonly incorporated contract feature for some time—but what impact has COVID-19 had on their usage and interpretation?

The pandemic has forced changed upon nearly every facet of daily life, including commerce and business operations, to such an extent that a significant percentage of parties to existing agreements found themselves unable to meet their contractual obligations. The scope and applicability of force majeure clauses are dependent on a number of considerations.

Contracts vary broadly in the manner in which they define force majeure and what categories of scenarios will justify its enforcement. The judiciary in numerous jurisdictions similarly differ substantially in their interpretation of force majeure issues. It’s safe to say that the legal landscape pertaining to force majeure is anything but settled, and business entities must take into consideration a multitude of factors when evaluating force majeure implications. The following is an overview of common force majeure issues, including an analysis of the various ways in which coronavirus has significantly altered their usage and interpretation.

What is Force Majeure?

The term “force majeure” literally means “superior force” and refers to a contractual clause that operates to excuse a party from performing its contract obligations due to unforeseen “Acts of God.” The basic principle is that if a scenario occurs outside the parties’ reasonable control that materially effects their ability to perform in accordance with the agreed-upon terms, the performance is excused, the contract is not considered to have been breached, and the non-performing party is not liable to the other party for not fulfilling their contractual obligations. Often, contracts will explicitly list specific circumstances or “triggering events” that qualify force majeure events—such as earthquakes, terrorist attacks, and (more recently) pandemics. It is common for these clauses to contain “catch-all” provisions that are broadly construed in order to cover instances not specifically iterated in the provision.

Contracting parties should note that the inclusion of a force majeure clause in a contract may prevent them from invoking certain common law defenses for breach of contract including those of impossibility, impracticability, or frustration of purpose. Accordingly, any force majeure clause should be carefully drafted in order to ensure that it functions as an adequate protective measure in instances where a party is unable to perform due to unanticipated events. There is a plethora of iterations of force majeure clauses, and courts interpret them in an equally diverse number of ways. For instance, a number of courts mandate that force majeure clauses list all triggering events with specificity and refuse to enforce the doctrine if the agreement fails to expressly identify the triggering event at hand. Fortunately, that is not the prevailing method of judicial interpretation, with courts now taking more open-minded, logical approaches to force majeure disputes—increasingly developing precedent that narrowly construes broadly-worded “catch-all” force majeure terminology by restricting the applicability of what at first glance appear to be overly-expansive clauses.

An example of a judicial restriction on broad force majeure language involves the idea of foreseeability. A growing number of courts have denied force majeure relief if the triggering event was reasonably foreseeable, within the party’s control, or could have been prevented. For instance, the majority of courts agree that force majeure does not apply in instances of general economic fluctuations due to the fact that these are foreseeable risk factors in conducting business. Additionally, courts have also developed the concept of “ejusdem generis” (“of the same kind”) to reason that any triggering event not specifically enumerated in the contractual language must be similar to the events that are explicitly listed. If the triggering event is not comparable, the court will refuse to apply force majeure provisions.

The main takeaway is that if parties opt to incorporate a force majeure clause in their agreement, they must pay particular attention to the language they utilize. While they typically do not have to identify every single possible triggering event in detail, they should at the very least attempt to be as specific as possible.

As mentioned above, courts are not uniform in their interpretation of force majeure provisions—with some requiring that triggering events be unforeseeable and beyond the control of the parties, while other jurisdictions require causation. Contracting parties should be cognizant of what the controlling judicial precedent is in their jurisdictions and keep this in mind when drafting their force majeure clauses.

To illustrate, if you are forming a contract in California, you should be recognize that the courts have typically found that triggering events must be beyond a party’s control in order for them to invoke force majeure protections. On the other hand, if you are writing a contract in Florida, it would be important to note that the judiciary has required express mention of all triggering events in the force majeure clause in order for it to be enforceable.

COVID-19 has shuttled the force majeure doctrine into the center of attention in the business and legal industries and has sparked a certain degree of debate as to its applicability in certain contexts. For instance, the Southern District of New York issued a recent ruling upholding the enforcement of a force majeure clause that did not expressly list pandemics in the contested force majeure clause. The court applied the ejusdem generis principle, stating that the pandemic is a circumstance beyond contracting parties’ control and is sufficiently similar to a “natural disaster”—which was included in the original agreement. And while a number of jurisdictions, including California, have addressed force majeure in either the COVID-19 context or similar health crises, they all have one common underlying theme: all of the jurisdictions required a direct connection between the crisis in question and the nonperformance. Thus, a party must have been rendered unable to perform as a direct result of factors arising from the health crisis in order to have their non-performance deemed excusable per force majeure enforcement.

Questions about this article? Reach out to our team below.
Contact Us
PrevPREVIOUS ARTICLEUnderstanding the Temporary Impacts of the Consolidated Appropriations Act 2021
NEXT ARTICLE9 Things to Expect in 2022: The Crystal Ball | Presented By the Geraci PartnersNext
RELATED 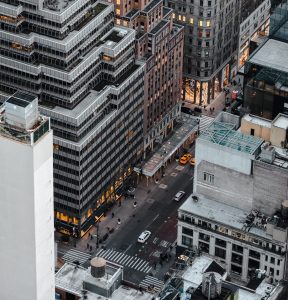 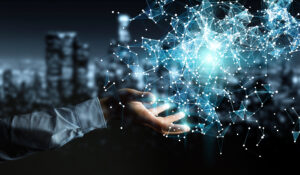