Office Developers to See an Increase in Demand

During the pandemic, office developers saw a drastic decrease in demand.

People were working from home due to the virus and there was much less of a need for office space. Now that people are returning to the office, specialists estimate that the market will bounce back. However, some are also concerned that office demand will not increase to normal. Here are the changes office developers should expect in demand and when this will happen.

When Office Owners Will Decide

There is much uncertainty about when employees will return to work in person, if at all. Specialists predict that we should know by the end of this year to early 2022. By then, employees will likely have solidified their preferences for a certain work environment. This will allow office owners to decide if they need more space and to make certain accommodations for their workers.

An office market industry leader, Kevin Shannon, predicts that workers will have to return to the office. Shannon works at Newmark and is knowledgeable about this industry. He believes that workers in the office will give their companies a competitive advantage, leading to employers making full-time office work a requirement.

He predicts that companies will start to allocate more space for each of their employees as they return to work. Even if employees are only in the office a few times a week, they will still want their own workspace. This will in turn lead to an increase in demand for office space.

There is also a possibility that hybrid work will lead to a decreased need for office space, however. A representative from Allen Matkins predicts that fewer individual offices will be needed because of hybrid work. However, companies may decide to convert individual offices into collaborative spaces, which may lead to a need for more space in office buildings.

Impact of People Moving from Cities on Office Development

Once employees realized they did not have to work in-office, many moved to less densely populated communities. This may have a long-term impact on how offices are designed and where they are located.

Despite this trend, data is showing that in the future, most employees will return to live in major cities. Many companies are renting out buildings again in anticipation of returning to work.

One thing that could happen is that companies will decide to have smaller satellite offices that are located closer to the homes of their employees. This will allow workers to remain at their homes out of the city and attend work relatively easily. Speculative offices are being developed already at companies like Amazon and Facebook, which have already bought millions of square feet for new office space.

As for design, many buildings were already focusing more on sustainability and technology. They also have been trending towards wellness with elements like outdoor areas. An increase in development will bring more of these building renovations and designs.

Overall, there should be a great change in the market for office developers in the months to come.

While office space may look, feel, and be located differently than before, many expect a surge in demand for office space over the coming months. As the pandemic hopefully slows and the nation sees fewer or smaller surges in cases, we can expect that many will decide to return to the office either voluntarily or by employer requirement. Developers should be on the lookout for deals in markets that have been smaller to date to meet this new demand.

Questions about this article? Reach out to our team below.
Contact Us
PrevPREVIOUS ARTICLEDebunking Myths about Loan Participations
NEXT ARTICLEThe Basics of Preliminary Title ReportsNext
RELATED 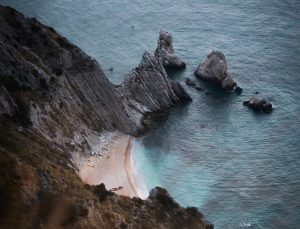