Many of us in the transactional real estate world have a working knowledge of title insurance and how vital it is to protect one’s interests.  Things go wrong, issues crop up, and sometimes even obvious defects go undetected.  But what happens when those problems occur within the GAP?  What even is the GAP?

As with all insurance, in every industry, it is in the title insurance company’s best interest to deny coverage.  This is why all title policies have at least some exclusions and exceptions, but above all of these is the policy’s effective date.

Unlike most insurance which provides coverage for occurrences after the effective date of coverage, title insurance provides coverage for occurrences prior to the effective date of coverage.  This is because the occurrences that cause loss to the insured are those which are prior in right (which usually means prior in recording-time) to the insured’s recorded interests.  For this reason, it is most advantageous to a policy holder to have an effective date as late as possible, which would be the date and time of the recording of the deed for an owner, or security instrument for a lender, because it will cover a larger time period when these issues could have occurred.

The problem lies in the establishment of the effective date.  When reviewing title prior to a loan closing, we look for language similar to the highlighted:

The language above states that when the policy is eventually issued, it’s effective date will be as-of the effective date stated in the preliminary report (or commitment).  This date is usually the date and time which the land records were most recently searched or the date the search was good-through, given local indexing delays.  “But”, you ask “what happens if there is something recorded after the effective date but before my instrument?”

This is what is referred to as “the GAP”; the delay in time between the effective date of the preliminary report or commitment and the recording of the deed or security instrument.  Standard language found in the American Land Title Association (ALTA) title commitment is as follows:

The language above excludes coverage for anything that may cause loss to the insured if that issue occurred during that GAP period.  If nothing is done when presented with either or both of these GAP issues, an insured will be without coverage over a potentially significant time period.

There are a few ways to protect against this risk, however.  The first and most important is to make sure that the effective date of the policy will be made as of the date of recording of the deed or security instrument.  This will ensure that there is no GAP period at all.  The proforma title policy should look like the below, and not contain the GAP exception noted above.

Alternatively, if the proforma policy contains the following language in the Covered Risks section (its placement and numbering of risks may vary) this provides affirmative coverage to close the GAP in terms of liability.  In order for this coverage to be effective, however, the GAP exception in Schedule B must also be removed as these express coverages are subject to the listed exceptions.

As an additional alternative or in complement to the inclusion of affirmative coverage as noted immediately above, one can also purchase an endorsement to the policy, often simply called the “GAP Endorsement” which language closely tracks that of the coverage just described.  Again, endorsements are usually considered to be subject to listed exceptions in Schedule B so the GAP exception must still be removed.

In short, every insured should be intimately aware of the coverages and lack of coverage described in the title policies to be obtained.  Upon being presented with a claim, one of the first things a title company will do is determine if they can deny coverage which invariable includes checking the effective date of the policy against the date of the instrument negatively affecting title.  An insured can better protect themselves and expand their coverage by ensuring that the policy is either effective from the latest date possible (the recording date) or otherwise including affirmative GAP coverage.

If you have questions about title insurance coverage or want to make sure you don’t have an issue with coverage during a GAP period, Geraci is here to help. Our attorneys are experienced with loan closings and review of title coverage and can make sure your interest is protected.

Questions about this article? Reach out to our team below.
Contact Us
PrevPREVIOUS ARTICLECompliance For Private Lenders
RELATED 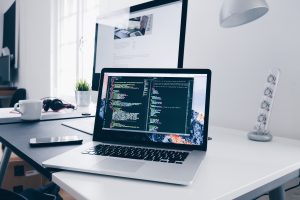