Q: How did you first get your start in loans and investments and have you ever faced anything like COVID-19?

I got my start in investments at a young age. From Sacramento, I really wanted to go to the East Coast to learn the game.  In 1994, I attended Boston College studying finance and ended up becoming a Financial Advisor in New York during the dot.com bust in 2000 and 9/11 in 2001. I had a great decade until the very end.  It was much like how it is now.  With 9/11 and our current crisis, the COVID-19 pandemic, the fear is both life and economic.  In NYC, the streets that were once vibrant at all hours of the day, were empty for a long time after that day.  No tourism.  No nightlife.  People were hurting.  It was a very sad time and a strange time for the entire city.  We all experienced it together.  It happened literally in one morning, over-night.  Like 9/11, COVID-19 in many ways came out of nowhere.

I ended up moving from New York to San Francisco in 2002.  I remembered that out of work stockbrokers drove cabs in the 70’s, so that is what I did. I was angry and really messed up from both the economic disaster and the human tragedy of that single day.  A year later, I landed a job with a commercial real estate firm doing leasing and investments in Sacramento. There I met Adham Sbeih who helped finance several of my real estate deals.  It was than in 2008, when he shared his vision and concept of Socotra Capital, to do hard money loans during this next bust.  Adham had a proactive approach: he wanted to lend money when institutions were not lending.  In November 2008, I joined Adham and we did just that: We made loans when the institutions were not lending.  It was hard.  It took us 6 months to make our first loan together.

We helped rebuild lots of areas that were hit hard by the meltdown. Now we face this new challenge.  It seems like a much greater threat to our economy and well-being however we will do what we set out to do from the beginning:  make loans when institutions are not lending.

Q: How do you see Socotra Capital perform during this challenge of world pandemic and financial crisis?

Entering this event, our portfolio was positioned as defensively as possible. We had a portfolio average LTV of 47%, $1.9M in loan loss reserves held at the fund level in addition to $1.4M in reserves that we held at the individual loan level.  We manage $250MM in loans and investments and have no debt.  We will be in a great position to lend again to serve our borrowers and clients in these trying times.

My biggest success at Socotra is helping investors and borrowers as a team. Our team consists in large part of graduates of UC Davis. We have energy that we carry through to our clients, both to our investors and to our borrowers. Working remote, it’s ironic, since in many ways, we have become closer.  The growth and leadership within has been tremendous.  Our biggest failures come when I fail to teach rather than coach or vice versa.  A true leader leads by not being seen. When I take over, I forget that I am not often serving the client or my team, but my own ego. I see this great crisis in many ways as their time to lead and take charge.  And the reality is: They want to do it!

Q: What is something that most people would be surprised to learn about you?

One thing people are surprised to learn about me is that I am in Saturday Chinese School with my son.  We take Mandarin. Wo shi zhong guo ren. Wo da zhongwen mingzi Liu Ban! Which means “I am Chinese. My Chinese name is Liu Ban!”

Q: How has your company vision evolved from Day 1 to Today?

We named our company Socotra Capital, which is the name of an island, also means “peace of mind.” We were founded in 2008, during the last crisis.  Our mission is to provide a place for those looking for refuge, both investor and borrower. Socotra is a place to make a sound investment.  We want to make good loans to weather any storm.

Q: Before Shelter-In-Place, what did you do in your free time?

When not in quarantine like this, my free time is split between family time and mixed martial arts. My wife, Shirley Liu and I are actively raising our four children: Presley (16), Antonio (7), and Santino and Coco (twins, 17 months)! When I am not at home or at work, I train at Urijah Faber’s Ultimate Fitness with the best in the world in fighting. I enjoy that very much as well. It’s often the most relaxing place during my day to settle my mind.

Q: What is something that most people don’t know about your company?

What people don’t know is we have offices and employees that cover most of the Western United States and Texas. We love North Carolina and Georgia, and have opened a new platform into the DC area including Virginia and Maryland.

Since inception, over our 12-years in lending, we have not lost any investor principal.

Q: Tell us about a person or organization that you admire. Why do you think they have made an important impact? Charles Hershson, AKA Uncle Chuck. “55% LTV loans, and you can make it through any downturn!!!” He started 5 decades ago, he would know. We are currently at 47% on average in our $250MM we manage. We are unsure where this market will take us but feel strongly about our principals.  Thank you, Uncle Chuck, for inspiring us.

Q: What advice would you give your younger self?

The advice my grandfather gave me: spend a little, save a little.

Q: What is one piece of advice you have learned and carried with you throughout your life?

“Seek first to understand, then to be understood.” It is a habit, the fifth one, from Seven Habits of Highly Effective People. I read it in college. I say it almost every day to my team. To truly problem solve, and to be synergistic, one often needs to change their own paradigm to create win-win solutions.

Q: What mistakes have you seen others make in this industry? How does Socotra Capital avoid making those same mistakes?

Mistakes I have seen are when lenders are focused on winning the deal rather than the borrower or their investors.

Q: What is your favorite quote?

“Be impeccable with your word and responsible for all of your outcomes,” – Ken Doyle. My coach and mentor. Honor your commitments. There are no outside forces that govern you. You are, in fact, the master of your own universe. Be prepared and don’t be late. It’s no one’s fault but your own.

Q: If you were stranded on a desert island with access to one book, one song, and one movie, what would they be?

If we were stranded on the Island of Socotra, and I was stuck with one book, one song and one movie, what would they be?  One book: The Fountainhead. One Song: Bob Marley’s “Get Up, Stand Up,” since we are on an island.  As for the movie, it would be a Keanu Reeves movie for sure. The first Matrix movie or his most recent movie, John Wick: Chapter 3.

“We named our company Socotra Capital, which is the name of an island, also means “peace of mind.” We were founded in 2008, during the last crisis. Our mission is to provide a place for those looking for refuge, both investor and borrower,” says John Ingoglia of Socotra Capital. 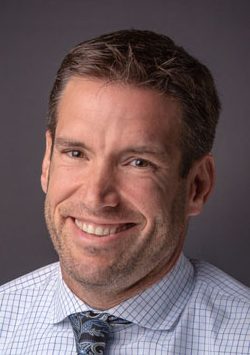 Socotra Capital is the premier bridge lender in the United States for loans between $100k-12MM. With local roots and national reach, we manage over $250MM within our mortgage pools, our private client group of investors as well a variety of real estate holdings.