Be in the Know

The framework for securities offering exemptions is undergoing major changes beginning March 15 that will ideally make capital formation more accessible for small businesses and entrepreneurs, while retaining protections for investors.

The Securities and Exchange Commission (SEC) approved the final amendments last November after receiving input from the public on how to streamline what had become an overly complex process. Geraci Law Firm is cited throughout the final document regarding the firm’s stance on the amendments below. The amendments include updates to the Integration Rules, Regulation A, Regulation CF, and rules on general solicitation.

Here are the key changes to know:

1. Regulation A offering and investment limits are increasing.

To protect investors, Regulation A sets limits on how much can be offered and sold under the exemptions. Offerings are stratified into two tiers based on the offering amount in a 12-month period. The first tier was traditionally capped at $15 million, and the second tier was capped at $50 million.

Starting March 15, the maximum Tier 2 Regulation A offering will increase to $75 million from $50 million. The amendments also up the maximum offering for Tier 2 secondary sales to $22.5 million from $15 million. This was done to encourage greater capital formation and provide more investment opportunities.  opens in a new window[i]

3. The Integration Rules were cleaned up and clarified.

Integration Rules exist to prevent companies from dividing a single offering into multiple to qualify for exemption from the traditional SEC registration process. Over time, the integration rules have become increasingly complex, so the SEC sought to adopt a new, simpler integration framework. This new framework is based on a general principle of integration that requires each offering not covered by a safe harbor under Rule 152(b) to be evaluated based on its own facts and circumstances.

The amendments also shortened the safe harbor time period under Rule 152(b). Previously, issuers had to wait six months between offerings to be granted this safe harbor. The changes that go into effect March 15 will shorten this time period to 30 days, and the new rules allow for concurrent 506(b) and 506(c) offerings. Of note, 506(b) offerings will still be limited to 35 non-accredited investors within a 90-day period. This change means issuers need to wait 90 days between subsequent 506(b) offerings as opposed to the previous 6-month safe harbor.  opens in a new window[iii]

4. General Solicitation rules have been clarified.

The restrictions around general solicitation were not expressly defined in the previous framework, so the amendments seek to provide more clarification through two notable updates. First, issuers can now use generic solicitation of interest materials without identifying the exemption they plan to rely on. Second, “demo days,” or events organized for businesses to pitch to potential investors, are now considered exempt from general solicitation if they are organized by an institution of higher education, state or local governments, nonprofits, incubators, accelerators, or angel investment groups.

Previously, demo days were only exempt if the issuers had a pre-existing relationship to the potential investors or found them through their personal network. This was overly restrictive for a lot of entrepreneurs and small business owners. opens in a new window[iv]

The exemption framework has historically prohibited “bad actors” from using the exemptions to raise capital under Regulation A, Regulation Crowdfunding and Regulation D to protect investors. Bad actors are people who have engaged in fraudulent activities or violated securities laws, for example.

However, there were some inconsistencies between the various regulations as to how and when an issuer was deemed a “bad actor.” The amendments attempt to harmonize the disqualification lookback period for all three regulations to align with Regulation D, which requires the evaluation to occur at the time of sale. Under the new amendments, Regulation A will now require a lookback at the time of filing the offering and the time of sale.  opens in a new window[v]

Regulation A and Regulation D previously had different financial disclosure requirements for issuers. Under the March 15 updates, Regulation D offerings over $20 million will require issuers to provide investors the same information as they would have under a Regulation A offering. This includes consolidated balance sheets for the two previous fiscal years, as well as consolidated financial statements with income and cash flow, among other information. The impetus behind this change was to increase investment opportunities for non-accredited investors.  opens in a new window[vi]

If you are offering securities under any of these frameworks, please contact us at 949-379-2600 or here to ensure your best practices, offering documents, and operations are up to date.

For more information on the securities offering exemption updates that go into effect in March, read the final rule published in the Federal Register  opens in a new windowhere.

opens in a new window[iii] Geraci Law Firm letter referenced in final SEC Ruling regarding the firm’s support of the proposal to replace the five-factor test with the more recent approach to integration because it is difficult to determine whether subsequent offers might be integrated into a single offering under the five-factor test of integration.

opens in a new window[iv] Geraci Law Firm letter referenced in final SEC Ruling regarding Crowdfunding and providing generic solicitation materials to non-accredited investors in a Rule 506 (b) exempt offering within 30 days of the generic solicitation. 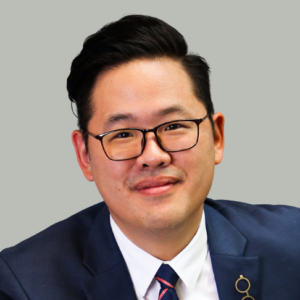