Three Business Lessons Learned in 12 Days Off the Grid

In June 2016, I was lucky enough to accompany my 15-year-old son and his troop on a rite of passage with the Boy Scouts of America: a 12-day trek at Philmont Scout Ranch in Cimarron, New Mexico. The trip consists of hiking from 50 to 120 miles, based on the group’s level of expertise. This is not car camping. This is “carry all of your food/equipment/clothing/shelter/water in your 60-pound pack” camping. We were set to hike and climb through seriously remote, high-altitude peaks in the southern Rockies and be prepared for encounters with bears and mountain lions. But the part that scared me the most wasn’t the wild creatures; it was leaving my smartphone at base camp. I hadn’t been “out of office” since the late 1990s. This was more than I bargained for and certainly more hard-core than I thought it would be when I signed up. With this new, lemon-filled reality facing me, I decided to make lemonade and see if I could glean some wisdom from my newfound — but temporarily challenging — existence.

Fast-forward 12 days. I learned a lifetime of lessons during our trek, including how to build a team —and a business. Here are the three main lessons I learned:

In a world of quick convenience and fail-fast start-ups, sometimes the long way is the best course of action, with strategic planning, segmented growth and deliberate moves. My fellow Scout dads, who mapped out our adventure, rented vans for our four-day drive from our home base in Nashville to New Mexico and scheduled stops each night:

My first thought was, as a super-smart and ultra-efficient business coach, “Why not fly into Denver and drive the last four hours to Philmont? Do these guys have nothing better to do? Am I missing something?” It turns out, yes, I was missing the point: The length of the drive was important. Crews that flew into Denver and then drove the four hours to base camp experienced altitude sickness during the first two days in the back country, and they could not compete with the crews of long-distance drivers who spent nights sleeping in and acclimating to the altitude.

Tiny problems are often easy fixes if you identify them quickly. Don’t let your anxiety over the fallout keep you from correcting the issue. Take the time to ask: What is the “tiny pebble” in your organization? After three days in the back country, we made our ascent to Apache Springs, which consisted of a five-mile hike at a 10%-plus grade. As we started out, the waist buckle on my backpack broke. This was critical, because almost 60 percent of the weight of the pack rests on the waist and pelvis when it’s working properly. When it’s not working right, it is incredibly painful and difficult to carry. I worried about the rest of the trip. I envisioned spending nine more days hunched over and injured. I struggled for more than two hours with (what seemed like) the weight of the world on my shoulders, and when I finally stopped and took off my pack, I found a tiny pebble in the buckle system. Once I removed it, the pack went back to normal.

As in business, the conventional wisdom of trekking dictates that the more difficult the trek, the more transformation you can expect to see in each team member — and yourself. If goals previously set are being crushed, regroup and reset more aggressive targets. If targets are missed, explore the failure for learning points and move on. A week went by, and our crew got leaner and meaner every day. We started to cover ground faster and more efficiently. We even started to look for the most challenging routes to our designated campsites. In one such instance, we dropped our packs to summit a peak, and during the descent, an unexpected cloudburst not only drenched us but also washed our packs down the mountainside. Some boys cried and some were angry, but there was no blame or harsh words — they all worked together to get back on track.

“Already broken of our expectations, we look forward to what is around each turn. There is no good or bad, just work to be done, just steps to be taken….” I wrote that in my journal at 3:45 a.m., on the final day of the trek just hours before I summited my last peak at sunrise then marched back down to basecamp. I’d lost 18 pounds, grown a beard and missed 1,167 emails. The funny thing? When I sat down to begin answering them, I couldn’t help but stare into space and daydream about which mountain I would tackle next. 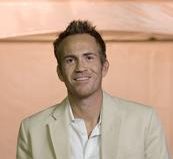 JT Terrell is a big believer in earned trust and the power of planning, and he’s put both into action in his own life and career. After 10 years as a professional musician, JT founded event rental company Music City Tents and Events LLC in Nashville and grew it into an industry innovation leader. JT attributes his company’s success to his work with Petra Coach and the adoption of the Rockefeller Habits. JT is now thrilled to be on the other side, coaching and engaging businesses to help them uncover opportunities, create strategies, and get focused. Reach him at 888-330-1020 x705 or jt@petracoach.com.