Have you paused to consider whether your borrowers are establishing their entities exactly as necessary in the context of the law? If not, seize the opportunity to do so and you will ensure the borrower entity has the proper individuals signing on its behalf at the closing. Alternatively, if you were to bypass your due diligence in the context of establishing borrower entities, the validity of the entire transaction will come into question. Let us take a closer look at how you can avoid such a nightmare scenario.

Mind the Subtleties of Agency Law

If you are like most people, you have not heard of legal concept of “Agency” or might have only heard of it in passing. Agency centers on whether the parties signing the contract are authorized individuals to act on behalf of another, including a business entity. The individuals in question must be formally authorized to sign on the behalf of the organization in question. The failure to comply with the nuances of Agency has the potential to nullify the transaction. Though the spirit of Agency law might seem basic on the surface, some of those who work in the industry overlook it due to time constraints, demanding clients, or simple oversight.

The Limited Agency of Business Entities

If you are not careful, you will make one or several mistakes during the entity setup process that could have been easily avoided. Examples of mistakes include insufficient or non-existent officers to establish records, shareholders signing documents, overlooking the state’s secretary of state reporting requirements after updates, and changes to officers, directors, managers, etc. Some companies overlook the initial formalities necessary to formally establish selected individuals to serve in the capacity of authorized officers or managers, and some make the mistake of overlooking charter documents. In the instance of corporations, first minutes and by-laws are necessary to assign authorities and powers for individual officers as well as the board of directors. They also serve the purpose of setting the voting policies for shareholders. Recognize that there will inevitably be a change in officers or directors down the line and it is imperative that resolutions, meeting minutes or consents are maintained to reflect these changes.

When it comes to LLCs, the most common mistakes are a bit different. Most states do not technically require LLCs to have first minutes or operating agreements, so formalities are much easier to overlook. The most commonly mistake it forming an LLC and claiming that John Doe is the manager of the LLC but, he is the sole member of a manager-managed LLC. There is no documentation to prove this election anywhere. A simple consent or operating agreement establishing these powers and authorities would have been sufficient to achieve this result.

Instead of rushing through the borrower entity setup process, take your time. Recognize and understand the risk inherent to the process, then prepare and act accordingly. Failure to establish charter documents or formalities will result in the state of formation’s default rules to kick in. This may result in an elevated standard of formalities and cause additional delays in remedying the situation. If the deficiencies are not remedied and the wrong person signs on behalf of the entity, the loan is ultimately at risk.

If the process of helping borrowers properly establish entities seems complex and even somewhat clunky, do not fret. Most borrower entities are operated and owned by one or only a couple of people, making it easier to surmount some of the challenges detailed above.

Lenders are encouraged to confirm that individuals who claim to have the authorization to sign their name on behalf of an entity are permitted to do so. It is also advised to have a minimum of one copy of the company’s charter documents, including operating agreements and bylaws, along with the latest yearly report to the SOS of the state.

Take a moment to review the details of the documents listed above before bringing them to the signing table. Identify all managing members, managers, and designated officers within the documents. If you cannot find the names of those individuals, shift your attention to alternative governing documents signed by the parties as established in the company’s charter documents. Once all the formalities of the borrower entity setup process are complete and written consent of the owners is obtained, there is a metaphorical runway cleared for a smooth takeoff.

Questions about this article? Reach out to our team below.
Contact Us
PrevPREVIOUS ARTICLEHow Will the Remainder of 2022 Shape Up?
NEXT ARTICLEThe Complexities and Nuances of Commercial Lending LicensingNext
RELATED 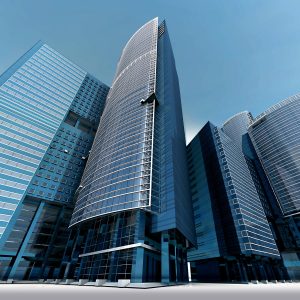 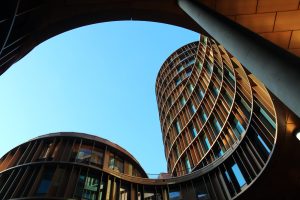 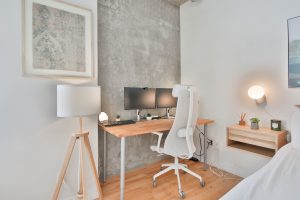