You Need to Fail More

There is only one thing that makes a dream impossible to achieve: the fear of failure. – Paulo Coelho

I know what you’re thinking. This is the time where I’ve finally lost you. The 15 before were okay, but this one… this one, I’ve officially lost my mind. But make sure you are hearing me. If I wish nothing for you, I wish you the following: I want you to fail. Now, before you call me an asshole, I do not want you to set fire to papers, call up clients and tell them you’re done, or just send clients sloppy work. That’s not failure – that’s laziness.

Merriam-Webster has several definitions for failure, but the best one I think fits is “a falling short.” Notice what it doesn’t define failure as. It doesn’t define it as “You’re a shitty person.” Nor does it say “Why did you even try?” It simply means you fell short. Fell short of what? We’ll come back to that.

Ever heard of Michael Jordan? Even those who haven’t watched basketball have heard of Michael Jordan. He has numerous NBA records, numerous Finals MVP trophies and Championship rings, and is considered the greatest in basketball. Even Today. Or, if you’re like a certain Patriots fan, he’s NBA’s Tom Brady. And yet, he also missed 9,000 shots in his career. He lost almost 300 games. 26 times he was trusted to take the game winning shot. And missed. “I failed over and over again in my life. …” We’ll discuss what he said after that below.

So what did he do when he failed? Oh, he failed often. He didn’t make his high school basketball team. He tried out and wasn’t on the list. He was asked instead to play for the junior varsity team. Imagine if he just quit right there? He almost did. Instead, he let his failure and disappointment drive him. “Whenever I was working out and got tired and figured I ought to stop, I’d close my eyes and see that list in the locker room without my name on it, and that usually got me going again.”

The rest is, well, history. We could go into more examples, but you get the idea here. Oh, and the last sentence? “I failed over and over again in my life, and that is why I succeed.”

What did you fall short of? Well, that very much depends on your goal. If you’re failing, then I hope that you are shooting for the moon. Everything you do should aim for the moon. What if you fall short? Well, then you land among the stars. Failing isn’t as negative as you think it is. It may be exactly what you need to succeed. But before we get all theory and no practicality, you DO need to do a few things when you fail:

1. Feel the failure. Embrace it. Feel the awfulness of failure. I know it sucks, but failure, and the heartache of it, it so important that you really need to feel and embrace its awfulness. It will propel you forward later.
2. Analyze what went wrong. So you failed. Don’t get stuck in grief. MOVE ON. Now understand WHY you failed – what didn’t you do? What did you do? What should or shouldn’t you have done? LEARN from the failure.
3. Fix the failure. If the project, goal or relationship is salvageable, fix what went wrong. Adjust and do what you didn’t do, or unwind what you did. If it isn’t salvageable, then you learned a valuable lesson and that in itself is the goal.
4…but I didn’t learn anything? Well, either you didn’t analyze what went wrong long and hard enough, or you continue to do the same mistake and never learn from it, in which case STOP IT.

Failure is never a fun thing, but never be afraid of it. Failure isn’t something that attaches to you, that sticks to you like a scarlet letter. Rather, failure is just falling short. If you feel, analyze and fix it, you landed among the stars, and it’s a lot easier to get to the moon from the stars than back on Earth.

Keep falling short. Keep aiming for the moon. You’re going to hit it.

“Failure is never a fun thing, but never be afraid of it. Failure isn’t something that attaches to you, that sticks to you like a scarlet letter. Rather, failure is just falling short. If you feel, analyze and fix it, you landed among the stars, and it’s a lot easier to get to the moon from the stars than back on Earth,” says Anthony Geraci, CEO, and partner at Geraci LLP. 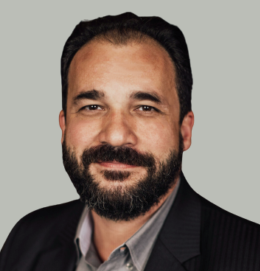 Named to the 2022 Southern California Super Lawyers® list, a designation given to only 5% of attorneys, Anthony Geraci, Esq., is the CEO and a partner at Geraci, in charge of firm strategy and development of Geraci’s team and culture. He is an avid public speaker and strives to provide peace of mind to his employees as well as to all Geraci clients nationwide. On the legal side, Mr. Geraci is skilled in mortgage lending and securities law and has authored numerous articles on real estate finance and security subjects. He is a leader in creating national mortgage pools and mortgage funds as well as sophisticated net branching arrangements among several mortgage companies. He currently manages our Litigation team and is always searching for ways to bring more value to Geraci’s clients. On the professional development side, Mr. Geraci serves as a mentor to the various legal and media departments, spearheading problem-solving and growing his employees. In 2018, he authored the book Earning Money While You Sleep and is passionate about coaching other lawyers to perform to the best of their abilities.

Contact Our Team
Subscribe to Our
Newsletter
Read more in the Feature Article Category
PrevPreviousSimple Ways to Develop Realtor Relationships
NextRCN Capital: Behind the Scene of the Private Lending IndustryNext
Subscribe to our Newsletter
Copyright 2023 GERACI LLP
All Rights Reserved
View Terms
Contact Our Team